Easter Sunday, my alarm was set for 4am but at 3:45, I am already awake.
Too early to think about breakfast, I down a glass of fruit juice before heading out into the darkness to catch a sunrise.

My destination is 6 miles away, sunrise is just after six am, my earlier departure gives me a jump start.
The first mile or so, before I reach the riverside footpath is along one of the main arterial routes into the city, normally very busy but the third day of the Easter weekend helps keep more normal people in their beds at this hour.

Reaching the riverside path, darkness still clings to the skies but my way is lit by the full moon, for a while I progress in silence, the birds have not yet begun the first strains of their dawn chorus.
Two thirds of my way in, the silence is now broken, where later in the day the roar of traffic near the carriageway will be heard, the avian chorus has tuned up and the full concerto can be heard from all around.

In the number of years I have enjoyed photography, I have always considered that a sunrise is earned, the sacrifice of a couple hours sleep by getting out at silly O’ clock is not for everyone but the peace and solitude appeals to my inner hermit.

I reach turf locks, my destination, pastel shades in the sky is repainted into tinges of fiery reds of oranges, just a few minutes later and the sun’s glowing red disc appears from below the horizon.
Watching the birth of a new day has always been a pleasure, the ever changing palette of colours captivates and enthrall in equal measure.

After twenty minutes, the sun gets high enough to erase it’s earlier painting, my cue to take a slow amble back towards a well deserved cuppa and something to eat, I decide to head back via the quayside route.

The river banks are now being occupied by local anglers, making their first cast into the river, their array of baits a piscatorial picnic for their prey.
Anglers, just like photographers are so reliant on good weather, for them, this morning’s cloudless skies are not good for their odds of catching today.

My route along the riverside is met with runners, cyclists and dog walkers, their charges wet from rescuing a favourite ball or stick from certain drowning!

Nine AM and I have reached home after 12 and a half miles I have a cup of tea freshly brewed steaming away on my desk, while I look at the morning’s efforts on the PC monitor.
It is morning’s such as today that I fully appreciate how fortunate I am to live where I do 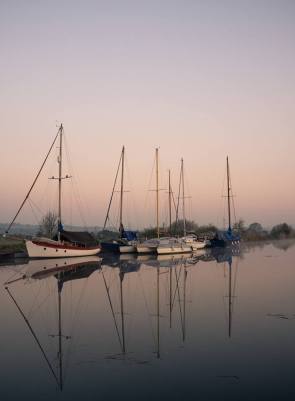 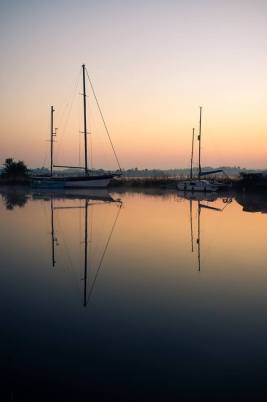 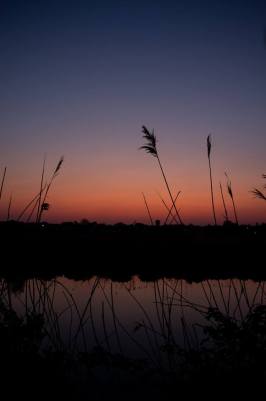 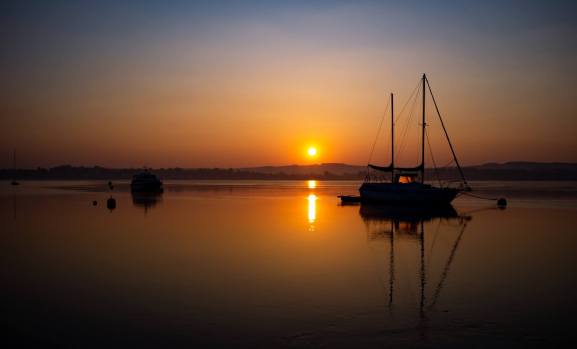 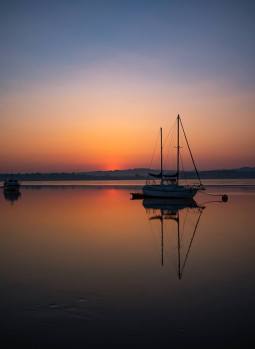 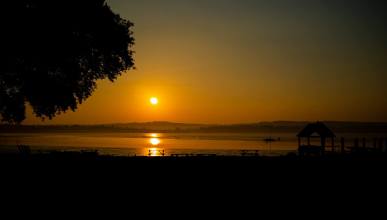 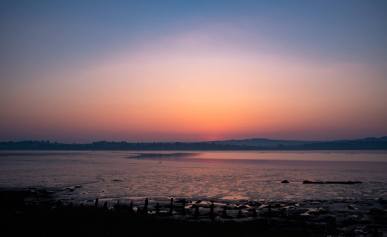