Occasionally, the opportunity arises to go further afield for a photo shoot, Wednesday was one such chance, to Lulworth Cove and Portland.

The last time I was in this vicinity, it would have been the mid 1990’s I was still working as a chef and at that time I was not into photography, so did not have any pictorial records of the places I visited on my days off.

Lulworth Cove is a tourism magnet, it’s horseshoe shaped cove was formed around 10,000 years ago by coastal erosion, this is also an important area in the study of geology, where there are some excellent examples of folding rock strata, the Lulworth crumple is its popular name.

Arriving around mid morning, the bland skies that had been left behind in Exeter, were replace by more defined clouds, it looked promising for some good photos. 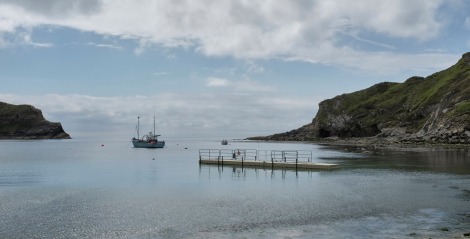 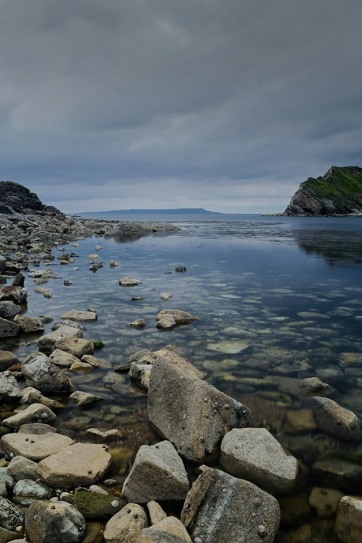 The beach is a mixture of pebble & shingle, with the finer shingle nearer the waters edge being a good base for a tripod and some long exposure photography.
With the few visitors that had already made their way to the area, there was a pleasant buzz about the place, without being overcrowded.
Before moving to the next destination, Portland, a pleasant half hour was spent watching the world go by, with a welcome cuppa at the beach front cafe.

Arriving at Portland, the sun had decided to make a welcome appearance, adding light to a very interesting landscape.
The lighthouse here is one of those images that photographers are duty bound to take photos of, myself included but I was more drawn towards the boat cranes perched on the cliff top, coated in their uniforms of rust from exposure to the salt air.
A single boat by the base of the first one, this is right up my street! 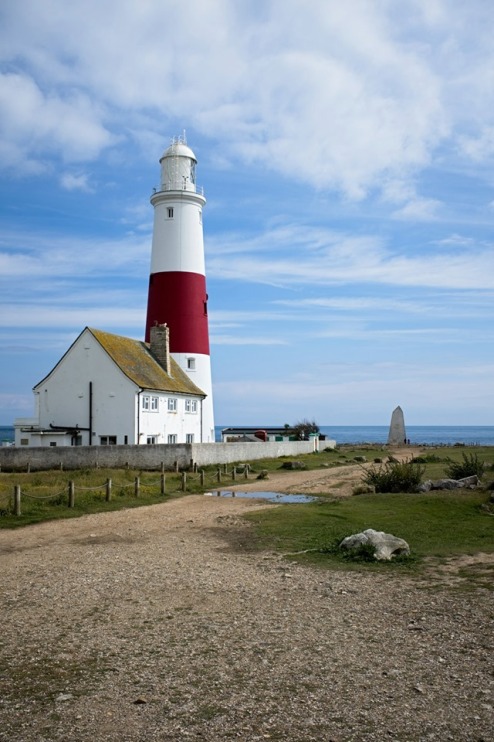 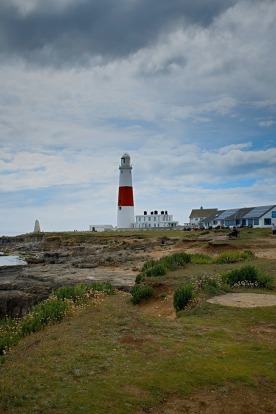 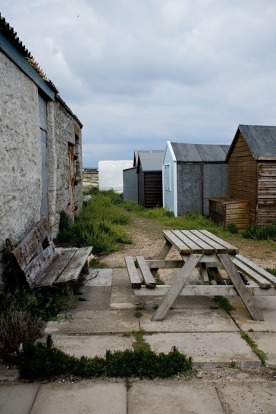 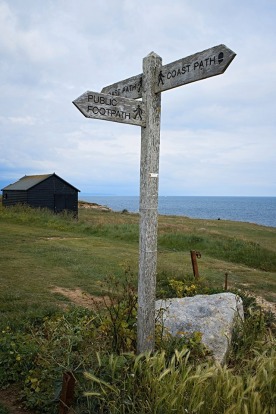 The collection of working huts are mixed with those used by holiday  makers, where the garden borders are not the usual garden flower, but hardy sea pinks, outdoor wooden benches have the rugged look of exposure to the elements, more photo fodder for me.

As usual, the sands of time fall all to quickly and it is time to pack the gear away and head back home, it will however be a little less than 20 years before my next visit here.