This morning I had hoped to make a reasonably early start for one of my weekly trips out with the camera but as I listened to the rain against the windows, I had plenty of time to make a decision on where to go.

With the rain set to clear around 10am, I thought a trip to the seaside would be the perfect way to spend a few hours before the wet weather made another appearance later in the day.
I arrived at Sidmouth just after 11am, many of the day trippers had already found their way to the sea front cafes and were enjoying their chosen refreshments before exploring the town.

With the tide well up, the strong winds were whipping up some decent waves, the sound of the sea crashing against the pebbles, then that prolonged sound of the smaller stones being dragged back towards the shoreline.

There is a less frenetic pace about seaside towns post summer season that I really enjoy, people are more inclined to talk, rather than stare at a phone screen, today being no exception as I chat with Janet and Les from Rotherham, on their yearly trip to Sidmouth, along with Pip, their Jack Russel, they have been coming to Sidmouth for 12 years.

As this appears to be something of a spontaneous day, I decide to delve into one of the less used  optional features of my camera, the 1×1 aspect ratio.
The square image will be saved as a JPEG only image but the JPEG engine on Fujifilm cameras is one of the best, so I have no issues here. 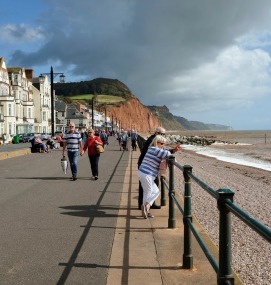 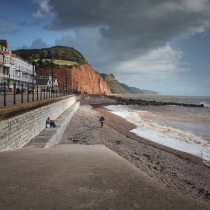 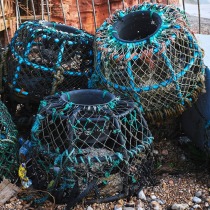 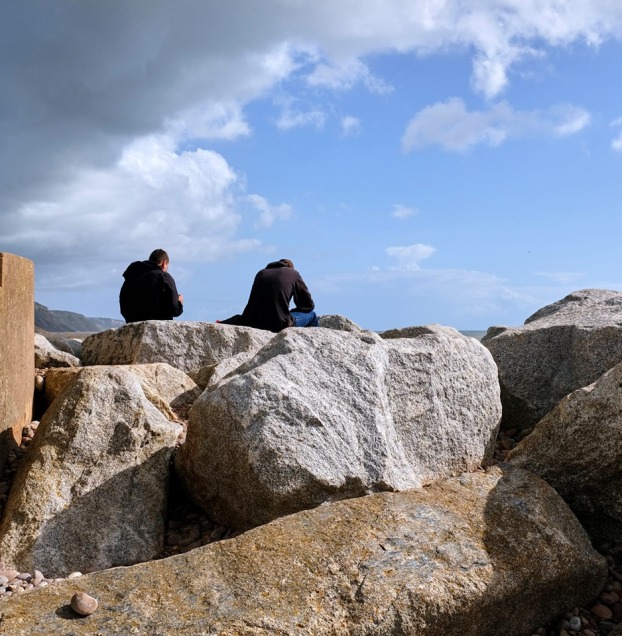 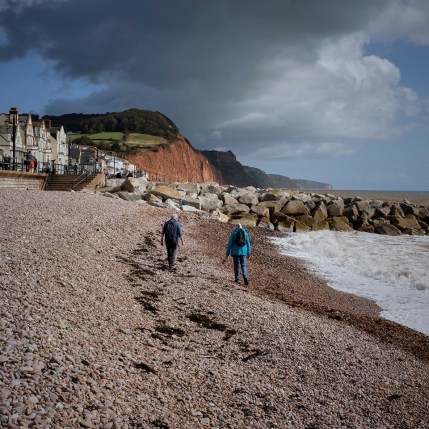 Adding something different to camera my days out is something I have done a lot this year and will continue to do when it is this much fun.